If Ever You Go: A Map of Dublin in Poetry and Song 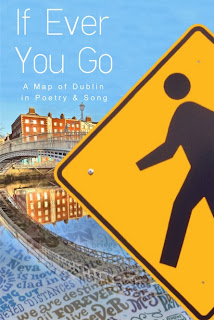 IF EVER YOU GO: A Map of Dublin in Poetry and Song is a major verse anthology from Dedalus Press, due in Spring 2014.

Editors Pat Boran and Gerard Smyth present a unique invitation to explore, street by street, one of the world's most famous literary cities through the poems and songs it has inspired in both English and Irish, by contemporary as well as historical writers.

A virtual tour of the city and environs, If Ever You Go features writing familiar and new by writers whose work adds up to a unique and intimate portrait. Contributors include poets already synonymous with the city — Swift, Yeats, Joyce, Clarke, Kavanagh, Kinsella, Boland, Bolger and Meehan among them — as well as a host of others who have made some part of it their own, including Máirtín Ó Direáin, Leland Bardwell, Eavan Boland, Derek Mahon, Michael Hartnett, Nuala Ní Dhomhnaill, Patrick Deeley, Macdara Woods, Enda Wyley, Jessica Traynor, Ailbhe Darcy and many many more.

Street singers and balladeers rub shoulders with haiku and performance poets in an anthology that has its heart set on the very streets we live and work and play on. Groundbreaking in its reach, celebratory in its outlook, If Ever You Go is a record of the connections and epiphanies, the missed chances and last buses that knit all of the streets outside our doors into a map of a city where poetry truly matters.

Stand by for further news closer to publication.

POETRY MATTERS: SPREAD THE WORD
Posted by PB at 12:58 PM