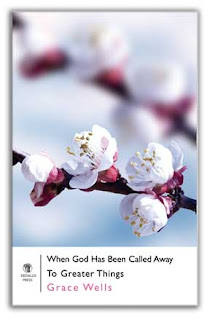 Dedalus poet Grace Wells received the Rupert and Eithne Strong Award for her debut collection of poems, When God Has Been Called Away to Greater Things (2010) at Poetry Now in Dun Laoghaire today.

Born in London and for many years resident in Ireland, Wells has for some time been a frequent contributor to literary journals on this island and beyond, and her debut poetry collection follows prize-winning fiction for children, namely her novel, Gyrfalcon (2002), which received the Eilis Dillon Best Newcomer Bisto Award and was an International White Ravens' Choice. Other publications for children include Ice-Dreams (2008) and One World, Our World (2009).

When God Has Been Called Away to Greater Things is that rare thing, a debut collection of poems that is at once firmly earthed in the real yet intimately connected to the mythic. Wells was in good poetic company on the shortlist which also included Caitríona Ní Chléirchín's Crithloinnir, Órfhlaith Foyle's Red Riding Hood's Dilemma and Paul Maddern's The Beachcomber's Report. The judge this year was critic and translator Michael Cronin.

To hear Grace Wells read, recorded at the launch of the When God Has Been Called Away to Greater Things, subscribe to AudioRoom, the Dedalus Press podcast on iTunes, or download the episode here. 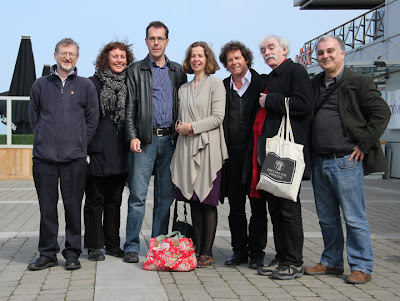