A capacity crowd of poets, scientists, colleagues, friends and well-wishers gathered on Tuesday 19 November to celebrate the launch of Safe House, Iggy McGovern's second collection of poems, in the welcoming environment of the Graduate Memorial Building, in Trinity College Dublin.

Among those representing the literary world were poets Brendan Kennelly and Gerald Dawe, with his wife Dorothea, John O'Donnell, Nessa O'Mahony and Maeve O'Sullivan, Enda Wyley, Tom Mathews and Gerard Smyth, Maurice and Maura Harmon, Aifric Mac Aodha and Anatoly Kudryavitsky, Ivan O'Brien of the O'Brien Press (a former student of McGovern's), RTÉ producers Cliodhna Ní Anluain and Seamus Hosey, and poet and Director of Poetry Ireland Joseph Woods. Other TCD colleagues present included Prof Terence Brown, Dr Philip Coleman (School of English), Profs Vincent McBrierty and John Kelly (School of Physics, the latter doubling up as the official photographer for the evening - our grateful thanks for permission to include some of his photographs here). Also present were Dr Frank Turpin (formerly of Intel), Justin Kilcullen (Director of Trocaire) and Prof Maeve Cooke (Dept of Philosophy, UCD), as well as McGovern's wife Eileen and son Eoin.

Introducing a short reading by the author, Gerald Dawe described Safe House as "confirmation, if ever it was needed, of his distinctive voice and poetic intelligence".


‘Poet-mechanic’ is what Iggy Mc Govern is; or, if you prefer, a poet-physicist; and one of the very best at the job too. His poems sit within the traditional workings of the land and the play of the intellect; a smart micro-economy of the word that has been part and parcel of this country for ages and is present in Safe House ; a special code for laughter and wit and mirth as well as for ‘heart mysteries’. 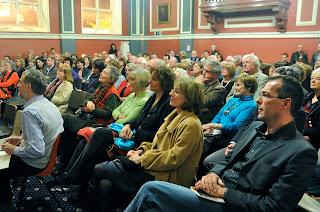 A selection of the attendance at the launch of Safe House 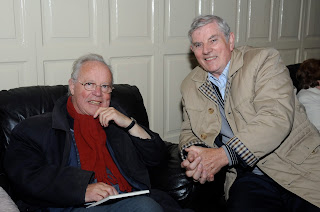 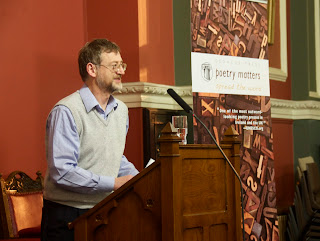 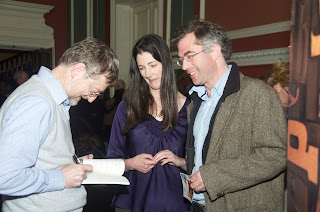