DEATH OF THE POET DESMOND O'GRADY 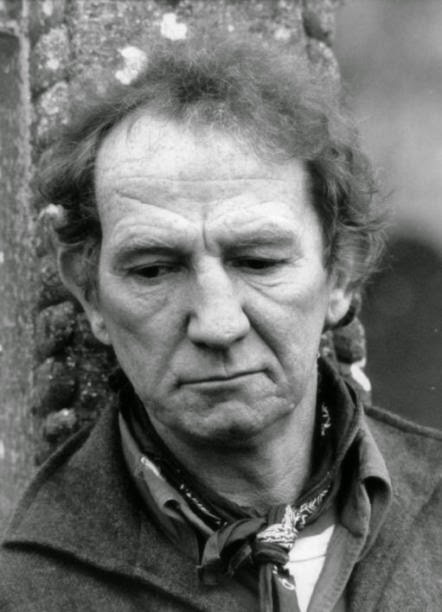 The sad news has reached us of the death yesterday, two days short of his 79th birthday, of the poet Desmond O'Grady. Desmond was, in the words of Seamus Heaney, "exemplary in the way he has committed himself over the decades to the vocation of poetry and has lived selflessly for the art."

Desmond O'Grady was born in Limerick in 1935. He left during the 1950s to teach and write in Paris, in Rome and America where he took his doctorate at Harvard while a Teaching Fellow there. He also taught at the American University in Cairo and the University of Alexandria, Egypt, giving him a great insight into the poetry of that part of the world and resulting in numerous translations in the following years. During the late 1950s to the mid 1970s, while teaching in Rome, he was a founder member of the European Community of Writers, European editor of The Transatlantic Review, and organised the Spoleto International Poetry Festival. In recent years he lived in Kinsale, Co. Cork where he was an energetic and welcome participant in the literary and arts scene. His death follows  a long illness.

O'Grady's publications number some twenty collections of poetry, including The Road Taken: Poems 1956-1996 and The Wandering Celt, as well as ten collections of translations, among them Trawling Tradition: Translations 1954-1994, Selected Poems of C.P. Cavafy, The Song of Songs and, in 2005, Kurdish Poems of Love and Liberty. He also published prose memoirs of his literary acquaintances and friends. He was a member of Aosdána, and was the 2004 recipient of the Patrick and Catherine Kavanagh Fellowship.

Desmond was a larger-than-life character – learned, witty, mischievous and unpredictable, but always dedicated to his chosen art form. In Italy he was a friend of Ezra Pound and Pound's mistress Olga Rudge, and his meeting with Federico Fellini resulted in a small role playing an Irish poet in the Italian director’s masterpiece, La Dolce Vita. But it is as a writer and scholar that O'Grady will be remembered, as a translator whose generosity saw English audiences introduced to a variety of Arab and Kurd writers; and as a poet whose early calling and long endurance are summed up in titles that now seem to have more than a hint of the autobiographical about them, The Wandering Celt and The Road Taken among them.